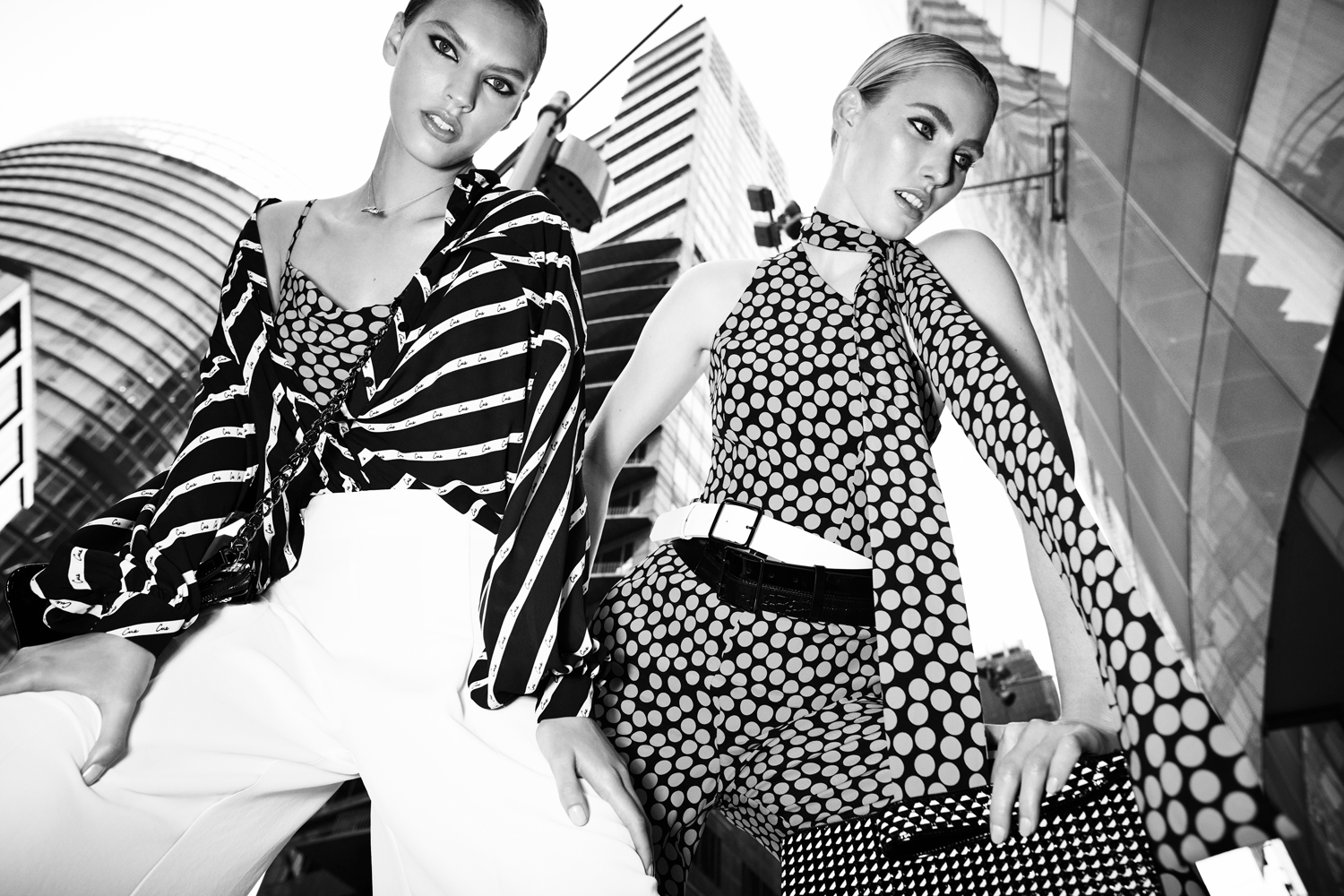 Cue is no stranger to the City, with many of our past fashion campaigns set against urban backdrops.  In 2019 our Summer Campaign has taken a tongue-in-cheek approach to our workwear DNA.

She is taking over this town yet again.

The campaign was brought to life by two #CueGirls.

US model Maggie Jablonski, who can only be described as fierce, has worked with the best of the best including Prada, Miu Miu, Chanel Vivienne Westwood and Comme des Garcons. Maggie delivers an unmatched enthusiasm to this campaign, bringing the collection to life with her playful energy.

Accompanying Maggie in the perfect pairing, is New Zealand born model Emily Baker. Well acquainted with the runway, Emily walked 60 shows during her first season in Europe which set her on a trajectory for success, later walking for the likes of Prada, Chanel, Valentino, Versace, and Alexander Wang. On set Emily’s attitude was contagious – nothing was off limits!

We use our own and third party cookies to tailor our services and provide a personalised shopping experience. By using this site, you agree with our cookie policy.